Mount Nyiragongo is an active stratovolcano in the Virunga mountain ranges. Mount Nyiragongo is located inside Virunga National Park in the Democratic Republic of the Congo, only 20 kilometres north of Goma and Lake Kivu, west of the Rwandan border. Mount Nyiragongo has an elevation that stretches to 3,470 meters, with a main crater about 2 kil0metres wide containing a lava lake. The depth of Mount Nyiragongo’s lava lake varies and it at one time had the most volume in the world, with a depth of 600 meters.

Nyiragongo has a hundreds of small volcanic cinder cones from flank eruptions surrounding it. During an eruption, the lava of Mount Nyiragongo flows rather quickly at a 100km/h speed. This rapid lava flow causes a danger to human life as it quickly gets to them even before they can get to safety when the volcano erupts.

The most recent volcanic eruption of Nyiragongo occurred on 17th January 2002 after several months of seismic and fumarolic activity. A 13km fissure opened in the southern flank of Mount Nyiragongo spreading in a few hours from 2800m to 1550m elevation and reaching the outskirts of Goma city on the northern shore of Lake Kivu. The lava streamed from 3 spatter cones at the end of the fissure and flowed in a stream of about 200-1000 metres wide with a depth of about 2m deep.

Up to 400,000 people had been evacuated upon warnings raised, and they were taken to nearby Gisenyi in Rwanda. The lava flowed long enough that it covered the northern end of the runway of Goma International Airport, leaving only two-thirds of the southern part usable, but continued to flow till Lake Kivu. Fears were raised that the lava might cause gas saturated waters deep in the lake to suddenly rise to the surface releasing lethally large amounts of Carbon dioxide and methane, but it didn’t happen. Since then, though, volcanologists continue to monitor the area. In this eruption, about 245 people died from asphyxiation by carbon dioxide, buildings collapsed due to lava and earthquakes with about 4,500 buildings destroyed leaving 120,000 people homeless. Earthquakes continued even after the eruption through Goma and Gisenyi.

Six months after the January eruption of Nyiragongo, the volcano erupted again. Activity is still ongoing but confined to the crater, where another lava lake formed about 250 metres below the level of the 1994 lava lake.

Children have been killed due to localized carbon dioxide toxicity from Nyiragongo. On 18th March 2016, Goma Volcano Observatory discovered a new vent that opened in the north-eastern edge of the crater, and reports of rumblings from the volcano have been given. This could probably lead to a flank eruption, any time. 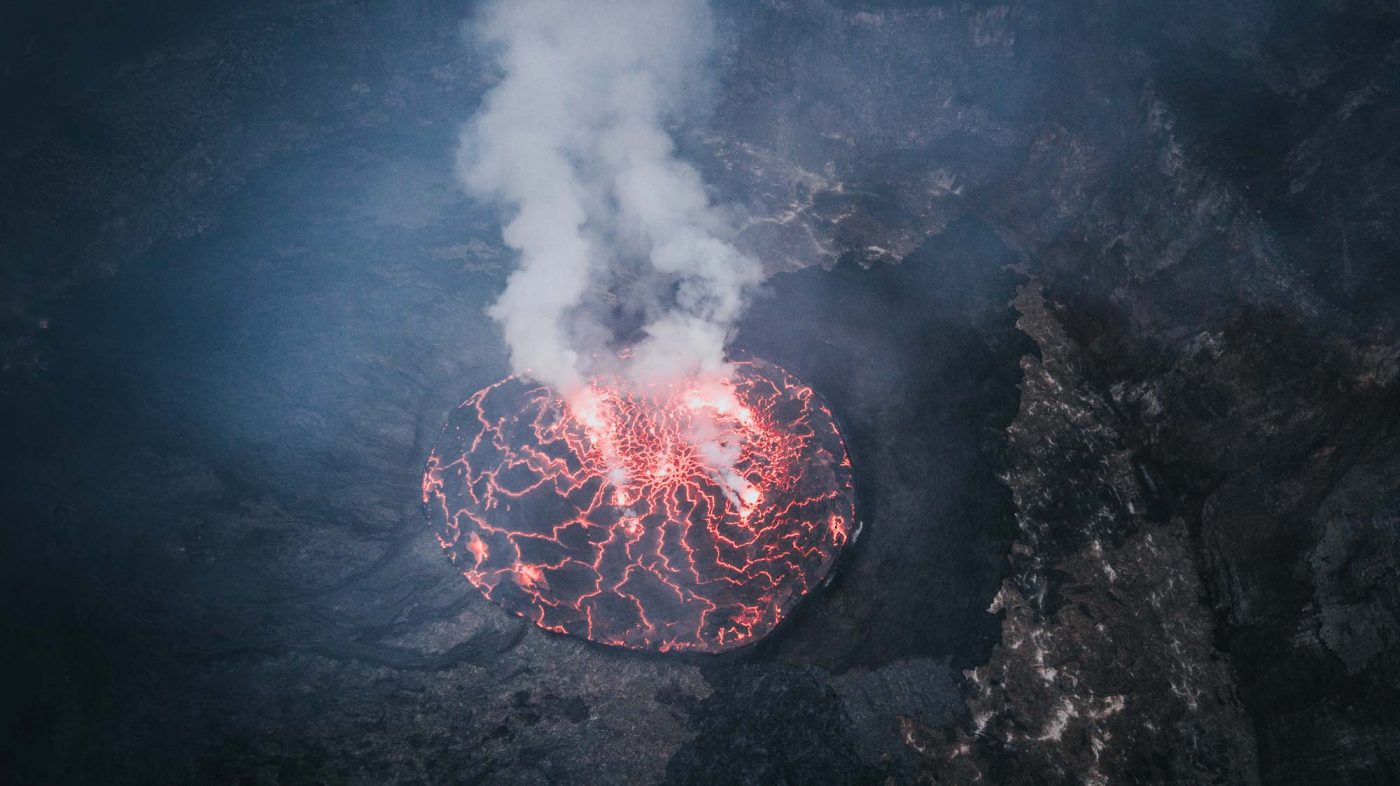 Our customer support team is here to answer your questions. Ask us anything!
👋 Hello, I am here to help you
Chat with Us